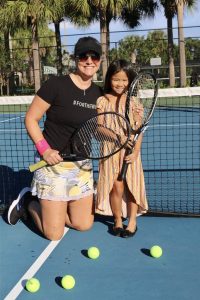 When we lived in Indy, we were in community with many other adoptive families, and a few that adopted from China. Though we were sad to leave that community, we were excited for the potential diversity we’d be living in when we moved to Orlando.

Although we moved into a diverse place, for some reason, we had a hard time finding Chinese families with which to be in community. 3 years after the move, this fall, I (Dawn) was celebrating the friendships our kids have made, but lamenting the fact that Kate didn’t have any friends or people in our community that she could see that look like her or have the ethnicity of her birth country. A friend was challenging my prayer life, and so I devoted this need for Kate to prayer in January. God blew me away! His answers to that prayer came swift and came abundantly!!

February- I got a text about a group of moms who had adopted from China that they are meeting for Chinese New Year. We had covid for that event, but at that meeting they decided as a group to meet monthly! We’ve been able to go twice, and wow has that group been a wealth of relationships for Kate and for me.

March- I met 2 Chinese ladies out on our neighborhood tennis courts. One of the women is a mama of 2 girls- 1 Kate’s age, and the other a few years older. They live 1 street away from us! We have gone out with the girls to play tennis a couple times.

The kicker was spring break… we drove 8-9 hours to go camping in north Georgia. We happened to be camping with friends from Cru who spent their career in east Asia, and speak mandarin fluently. The 2nd night we were there, the people who were camping right next to us looked Asian and started speaking mandarin. I struck up a conversation and learned that they were from Orlando. In fact they were an entire congregation of a Chinese church in Orlando!! They were wonderful, Kate played with all the kids there, and our friends were able to speak in mandarin with them and encourage them.

When we got home, we decided to visit their church the first Sunday back. This was a sacrifice for our family because we all very much love our home church. But the family had great attitudes, but Kate was particularly nervous. We gently nudged and gave her the option to stay with us or go to the class. She clung to my side. 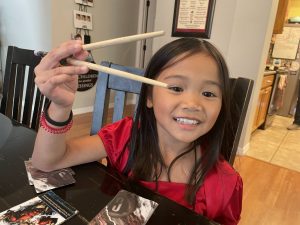 During the service, lo and behold, one of the adoptive moms was there (from our adoptive Chinese group)… she leaned forward and told Kate and I that she was the Children’s teacher! That helped Kate feel more comfortable. She said she would go to class if I would go with her. I did, and when she walked in the room, all the Chinese kids (who had played with her at the campground) yelled, “KATE!!”

I could’ve cried. God truly provided more than I could’ve ever asked or imagined. I learned the power of prayer, and putting my efforts into that more than my self effort. He sees. He knows. He powerfully provides. Praise Him!